On November 23 - 25, 2021, the Russian-German Scientific Forum “SUSTAINABLE MOBILITY. URBAN PLANNING. CHANGING OF THE CLIMATE". The car-centric city model that emerged in the 20th century has reached its limits. Increased traffic load, traffic jams, conflicts due to lack of space cause serious harm to human health and the environment. Currently, a rethinking of the current situation is taking place everywhere: the share of cycling and public transport in large cities is growing, representatives of the scientific community, political circles, the economy and society are developing ideas for creating environmentally friendly vehicles and systems, as well as favorable conditions for life in the city of the future. more info→

Election of Pavel Akimov to the Board of AECEF 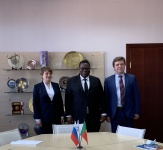 Visit of the Ambassador Extraordinary and Plenipotentiary of the Republic of Benin to the Russian Federation to MGSU.

On November 10, 2021 Mr. Andre Akambi Okunlola-Biau, the Ambassador Extraordinary and Plenipotentiary of the Republic of Benin to the Russian Federation, visited MGSU. more info→

Cooperation between MGSU and ÉTS On October 7-8, 2021, the annual scientific online Conference “Democratia-Aqua-Technica” was held under the leadership of SRH Hochschule Heidelberg (Germany) and MGSU. more info→ 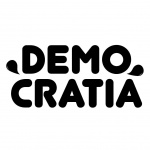 On September 23-24, 2021, the traditional annual online Conference "Democratia-Aqua-Technica" was held. The main attention was paid to the development of innovative concepts of technical solutions for sustainable water resources management in order to help reduce regional and local conflicts. more info→

© 07.12.2021 | NRU MGSU
In case of a reprint of text information and photos the link to the site of NRU MGSU is mandatory